With great enthusiasm for the quality and invention of JTE’s choreographic repertory over the years as well as a sincere desire to share the working methods inherent in its creation, especially the importance of the dance/music relationship to the artistic process, as well as the use of improvisation generated by choreographic and rhythmic themes, we are now prepared to offer:

HANDS ON
choreography Sam Weber, percussion score Jerry Kalaf (Disc 2)
All percussion piece in which dancers and musicians play throughout.

For more specific information on these dances, or to discuss requirements for reconstructions as they relate to your situation, please contact Lynn Dally directly through this website.

Also refer to Lynn Dally and the Jazz Tap Ensemble in TAP DANCING AMERICA: A Cultural History, by Constance Valis Hill, Oxford University Press, 2010 where a description of “All Blues” and its import for tap choreography is featured. 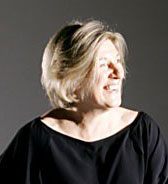 This is a curated project created by Dally in which signature pieces can be commissioned by professional dance companies and advanced tappers in educational, festival, and community settings.
—> go to The Living Legacy Project page